Baby #4 will be joining us in November! So far I’m feeling OK…a little sick here and there and way tired but overall, OK.

We are all very excited! I’ll post more info as we get it, and of course, coming soon will be ultrasound pictures! Yippee!!!

Yes, a long title I know…but I’ve been gone forever!!!! I really need to get better at this blogging thing! lol A lot has happened so without further ado…here’s what we’ve been up to.

Did you know that Fat Tuesday is also known as Pancake Tuesday? Yeah, I didn’t either until this year. And I saw some of the cutest ideas to make Mardi Gras colored pancakes on the internet. So I decided to take our favorite pancake mix from our dear friend, Dionne Newton, add some of my cake decorating icing colors and make some Mardi Gras pancakes for dinner. They turned out sooo cute, and were really yummy! The kids really enjoyed them. And of course, since the next day was Ash Wednesday and we couldn’t eat meat I made some goetta for daddy so he could get his meat fix in before he had to abstain!

The next day, Ash Wednesday we attended Mass at St. Patrick’s. The kids were, awful, to say the least! I wondered why we even bothered to take them for a while. But we know it’s really important for kids to be in church in order to learn how to behave in church so we keep trying! They wanted to get pictures of their ashes when we got home so we took a few quick shots before bed. 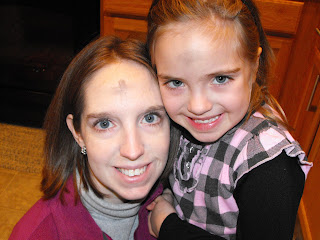 St. Patrick’s Day I didn’t take any pictures (bad mommy!) but we did celebrate! Thursdays are dance days in this house so we go from school, to dance, home for dinner and homework, bathes and then bed. But I wanted to do something so we ate “Irish” (well, kind of!!) I made Shepherd’s Pie (which is more English, but we’re not big corned beef and cabbage fans around here!) and Irish soda bread. I had never made that before and was pleasantly surprised how much I liked it. I used raisins instead of currants (I’m not sure my kids would eat currants) and it took more buttermilk than the recipe said, but I liked it…a lot! And so did the kids! Makes me want to try different recipes now! I got the stuff to make Shamrock shakes (mint green milk shakes) but we ran out of time…so daddy made them with the kids the following Monday while I was at a meeting. But we did change out the Valentine’s Tree for a St. Patrick’s Day Tree. It turned out super cute! 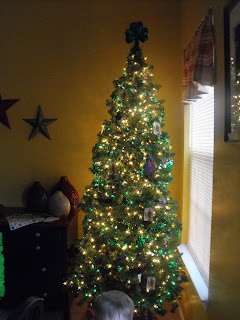 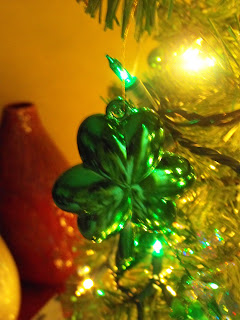 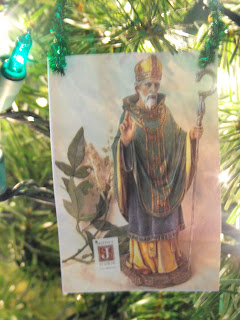 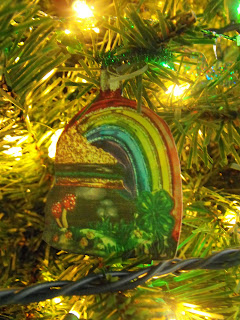 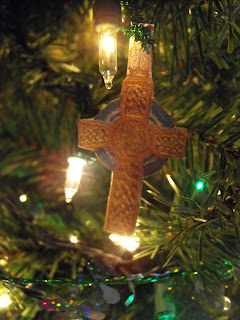 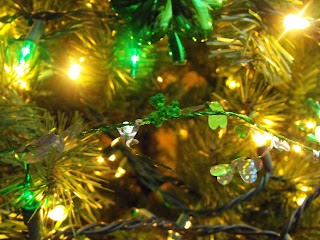 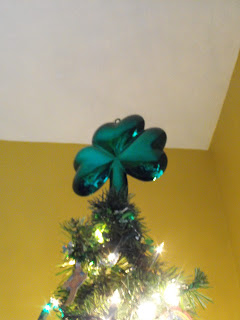 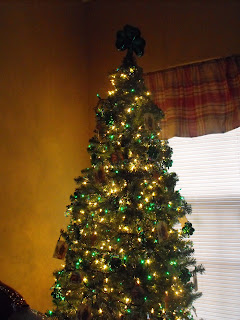 On March 19th my Nana and a lot of the family came down from Indiana for her birthday! Of course, I had already scheduled and paid to attend a 12 hour crop at Brianna’s school that I attend every year! So I went for a few hours, came home for a few hours to visit, and then went back to the crop until the end. I was able to finish 15 pages (7 two page spreads and 1 one page layout!) I’ll post pictures of what I accomplished when I get some scanned in! But here’s some of the fun we had with the family while they were visiting! 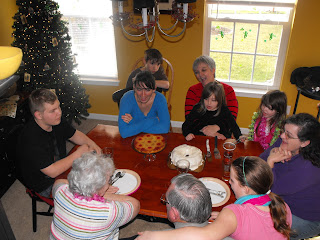 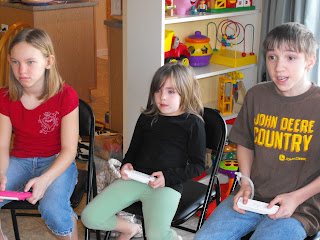 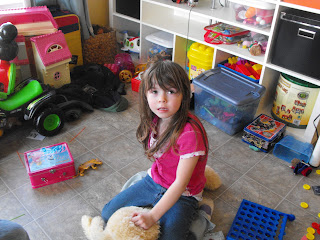 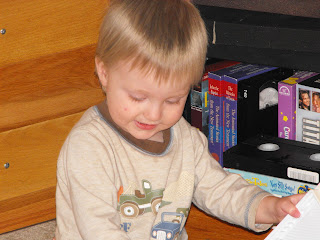 Well, that about gets you up to date. Other than these things we’ve just been fighting off sickness, enjoying the scattered days of beautiful sunshine, and waiting (not so patiently) for spring to come and rescue us! Hope you all have been well! I’ll try not to be so long between posting next time! I’ll try!
November 18! The countdown is on! The opening of “The Twilight Sage: Breaking Dawn Part I”! SQUEEE!!!!
Which means the return of this:
And this:
And my personal favorite!
And since I’m an equal opportunity swooner..I’ll include a little of this:
And I’ll say, I still want her hair!
Let’s just say I’m a little excited! Especially when I see teasers like this:
And especially this one!
OH MY! This deserves a huge SQUEEEEE!!!!! Did I say yet that I can’t wait!?!?!?! Think I’m going to go read the book two or three more times! Bye!
Follow 2 Parents, 4 Kids, 1 Chaotic Wonderful Life on WordPress.com